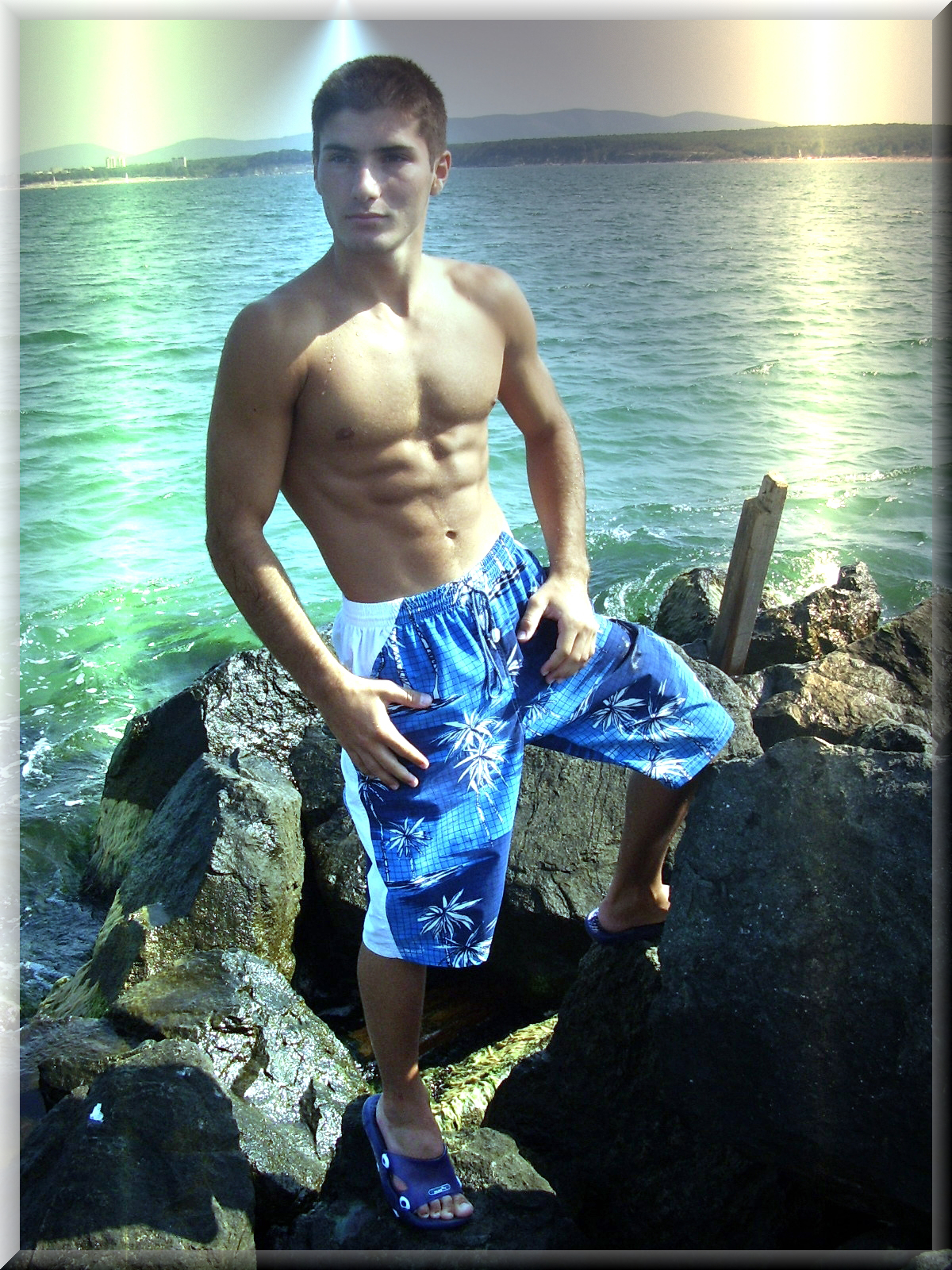 The Primorsko Gym Camp was an organised summer gymnastics camp by the Levski Sofia Gymnastics Club, and it was held between 8 and 16 August 2006 in the beautiful town and seaside resort Primorsko in Bulgaria. 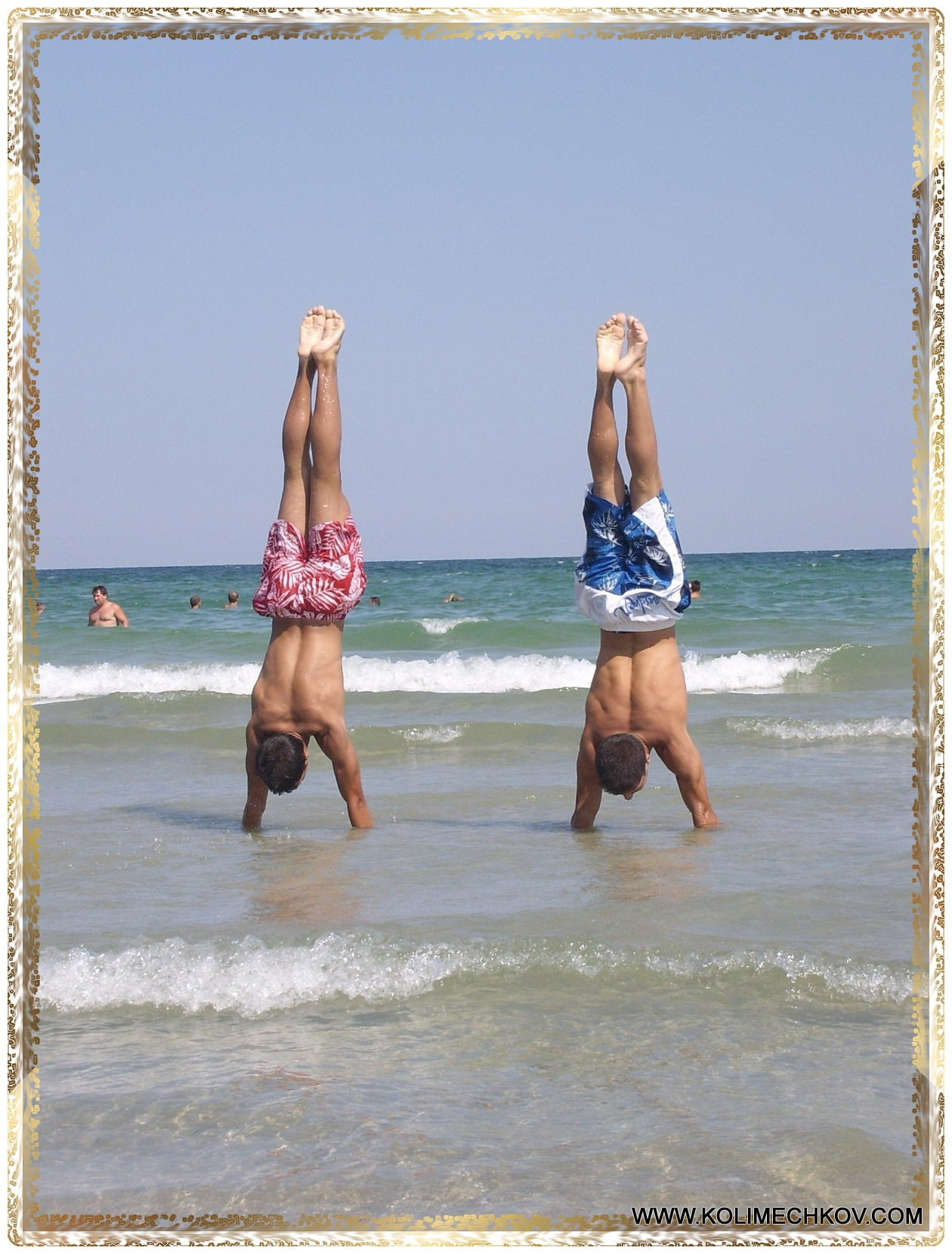 Practising Handstands at the seaside with team-mate Simeon (left), Primorsko 2006. 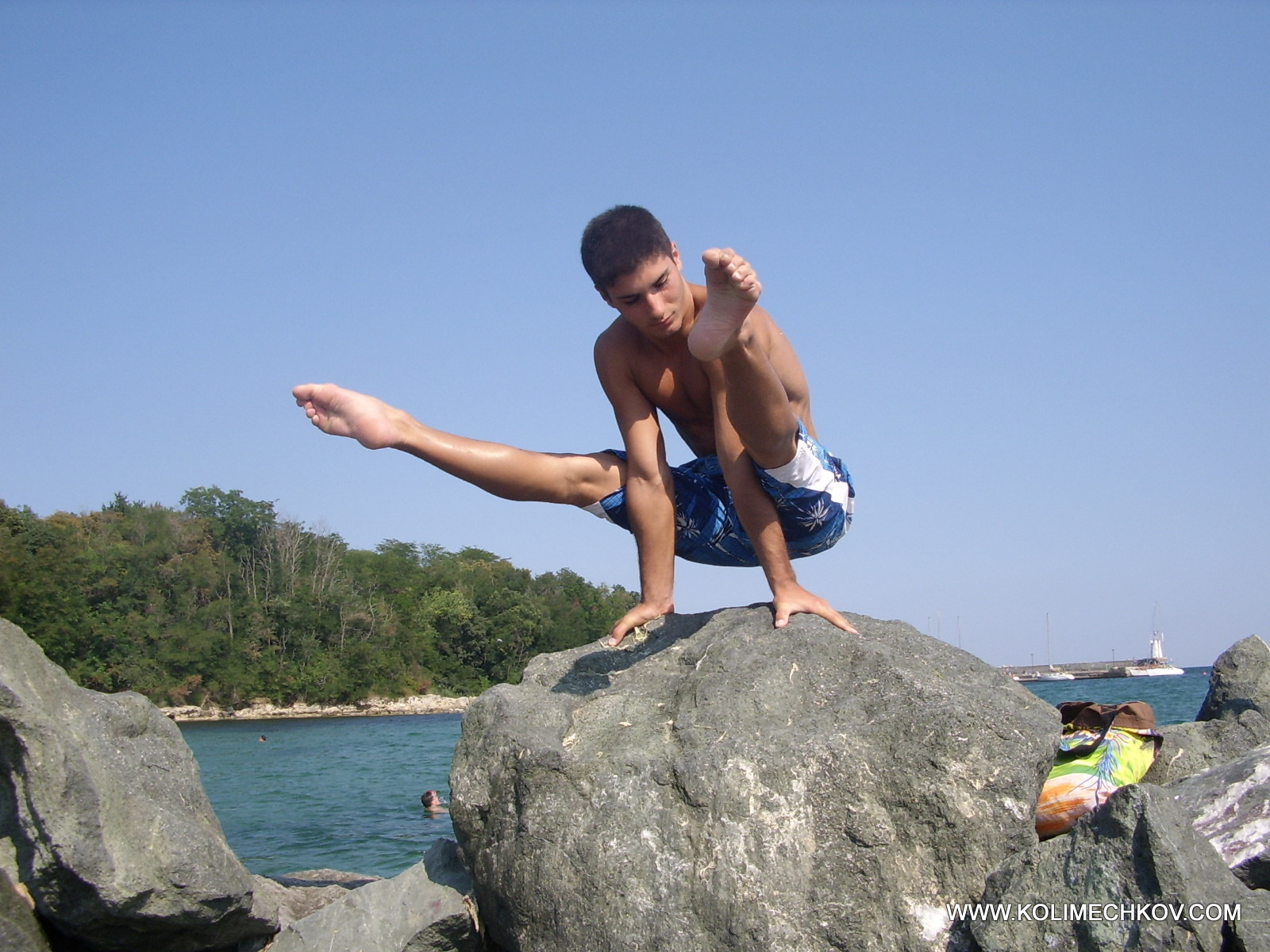 Straddle L-sit on a rock at the seaside in sunny Primorsko in Bulgaria. 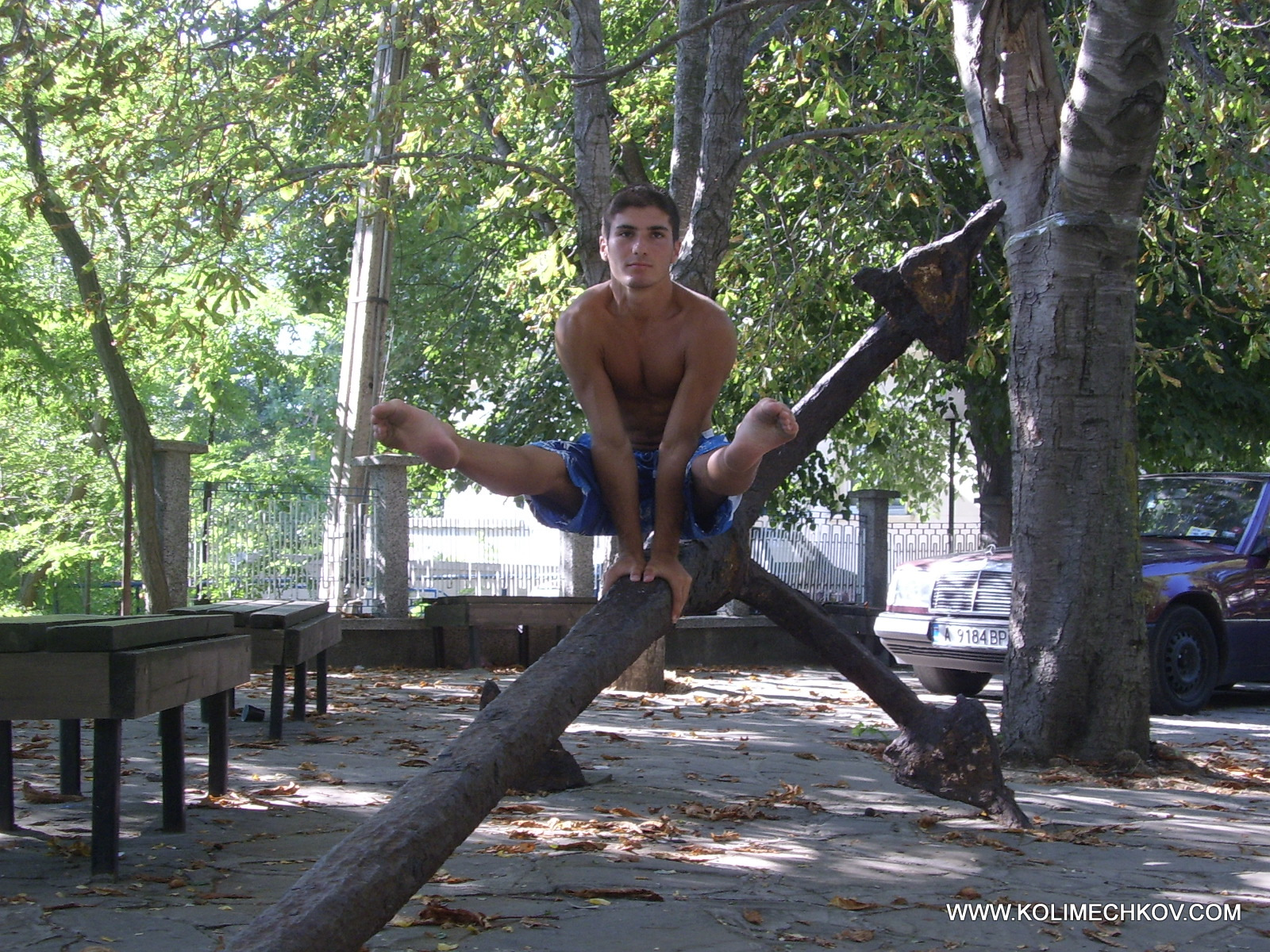 And another Straddle L-sit (Straddle Lever) around the town of Primorsko. 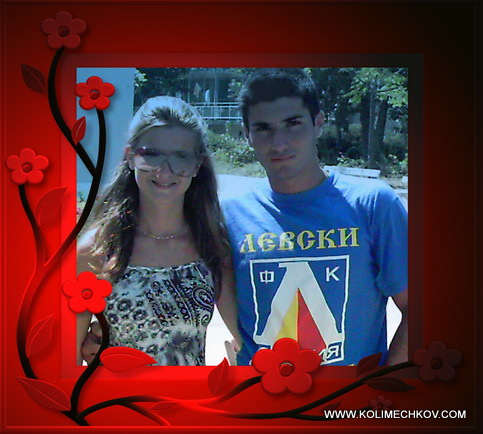 I really liked this girl but I was never brave enough to tell her. 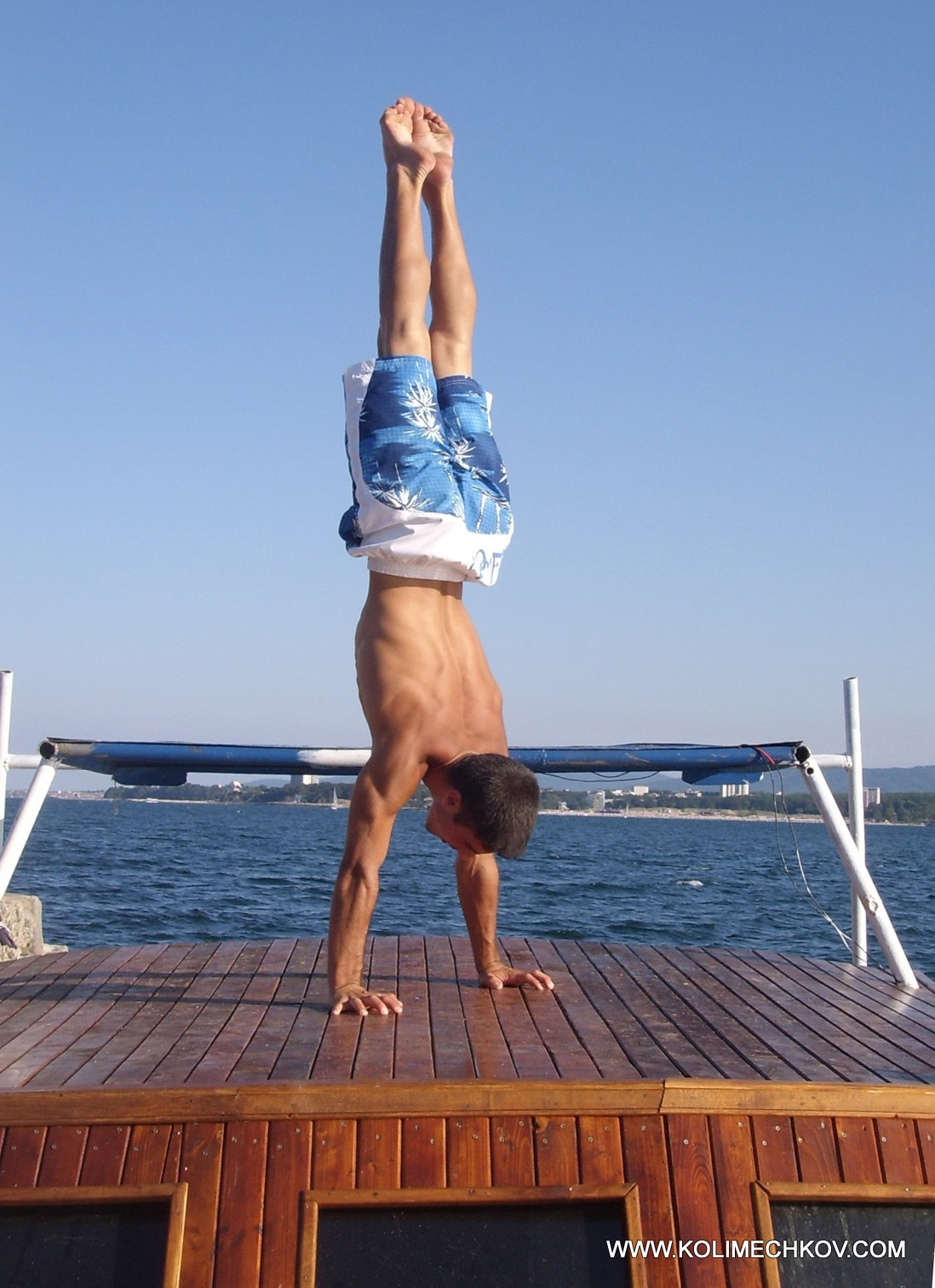 I remember I loved doing handstands (and I still do), everywhere and anytime. And here I am doing a handstand on a boat. It does make it more difficult to hold it, as the surface is constantly moving. 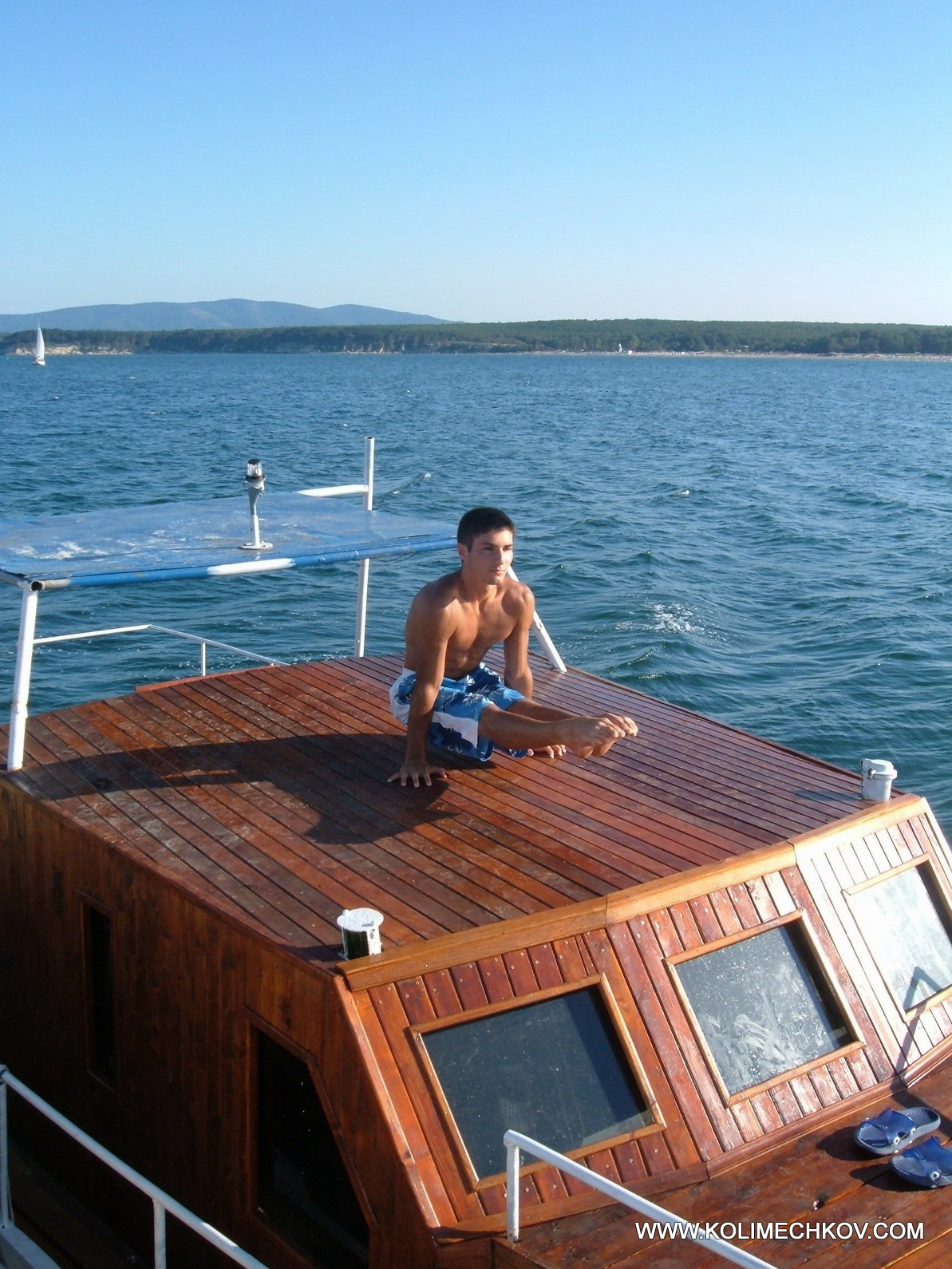 And this exercise is L-sit. It is also called Half Lever. 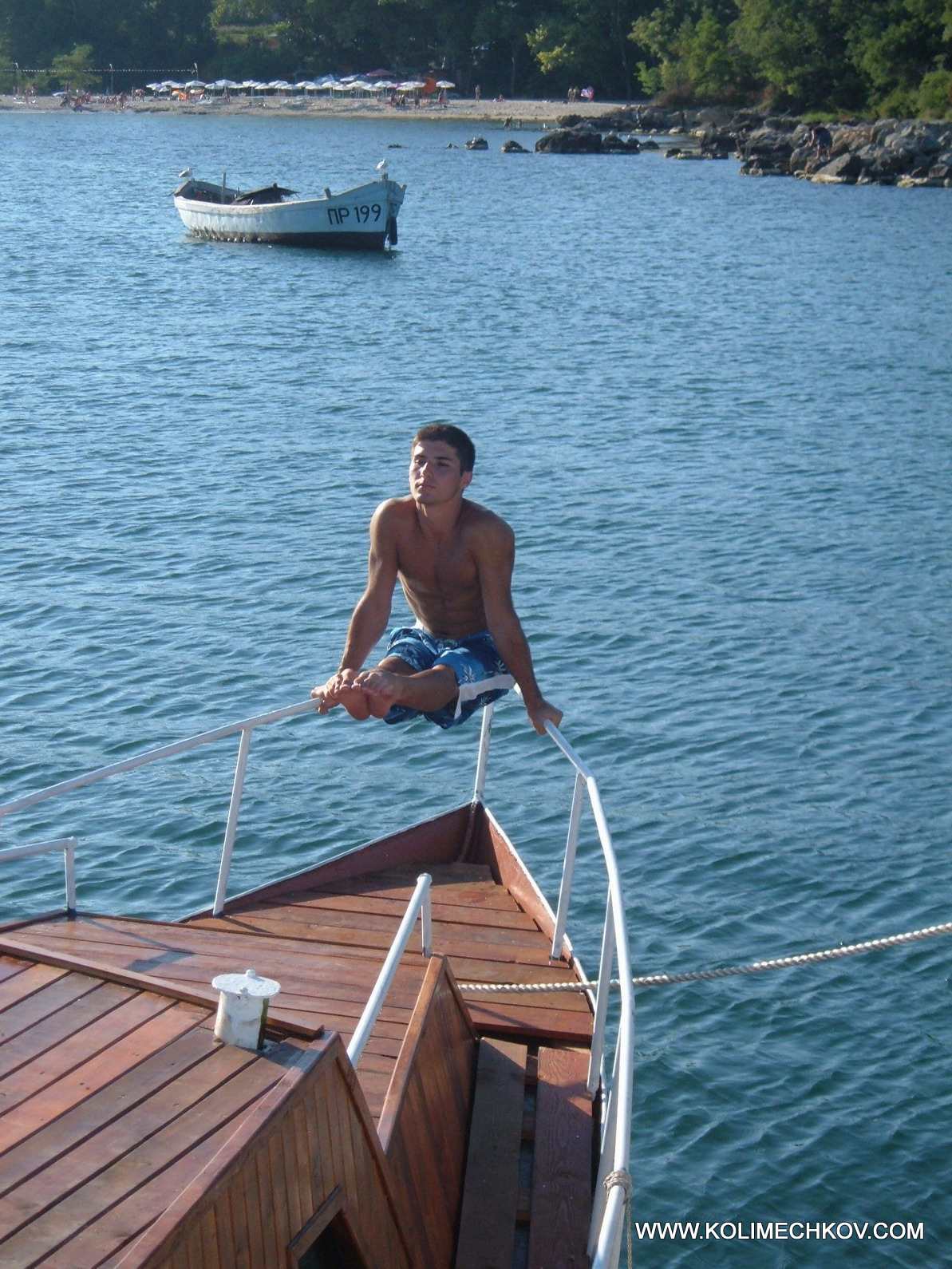 And another L-sit with a beautiful background of the sea and the beach in Primorsko, 2006.